Polocrosse powerhouses Les and Robyn Fraser have been awarded Life Membership of the Polocrosse Association of Australia (Polocrosse Australia), joining a legendary list of only ten previous appointments.

Les and Robyn were recognised for their commitment and management of major polocrosse events and leading the development of Morgan Park, Warwick – the world’s best purpose built polocrosse facility.

Les has played every season since 1961, which makes him currently the longest playing member of the Association, whilst in contrast Robyn has never played a single game of polocrosse – ever. Which makes her dedication of thousands upon thousands of volunteer hours even more remarkable.

Les has a passion for the (volunteer) administration of the game, and the development and delivery of major tournaments honed via 59 years of competitive polocrosse participation across all competition. After representing and captaining Australia multiple times, Les continued to play for the Warwick first team which achieved outstanding success. He was part of the Queensland team which won the National Titles in 1984. Les was part of Warwick teams which won six national club titles and 22 Qld State Titles between 1973 and 2002.

“Les Fraser is one of those people who most sporting clubs would love to have in their club, his contribution to Polocrosse has been exceptional. He has been an inspirational leader for our sport at Club and Executive positions for decades. He led the way and took Polocrosse to the world stage and continues today with the same passion and enthusiasm whether organising a World Cup or a Club Carnival.” Howards Hobbs – former Queensland MP and Queensland Polocrosse Assn. Patron.

Robyn is a humble, tirelessly hardworking and passionate wife and mum of a polocrosse family.

Robyn’s interest in polocrosse began in 1970, and nearly 50 years later she is more involved than ever, even though she has never played the sport. She has volunteered thousands upon thousands of volunteer hours towards running polocrosse events and has been the driving force behind the scenes of all events, large and small, held at Warwick’s Morgan Park.

Alongside running her own business, a ladies fashion store currently trading in its 35th year, Robyn has held the position of Warwick Polocrosse Club Treasurer for more than 30 years and was Secretary of the Club for close to 20 years.

“Volunteers are the lifeline of every event, and Robyn Fraser has dedicated her time to countless events in Warwick over the years. She is a passionate and dedicated volunteer for polocrosse and the community. When she teams together with her husband Les to volunteer, they are an unstoppable duo.” Tracy Dobie, former Mayor of Southern Downs Regional Council.

On behalf of the Australian Polocrosse community, congratulations and thank you Les & Robyn Fraser – you are creating a lasting legacy on the game we call King of the one horse sports! 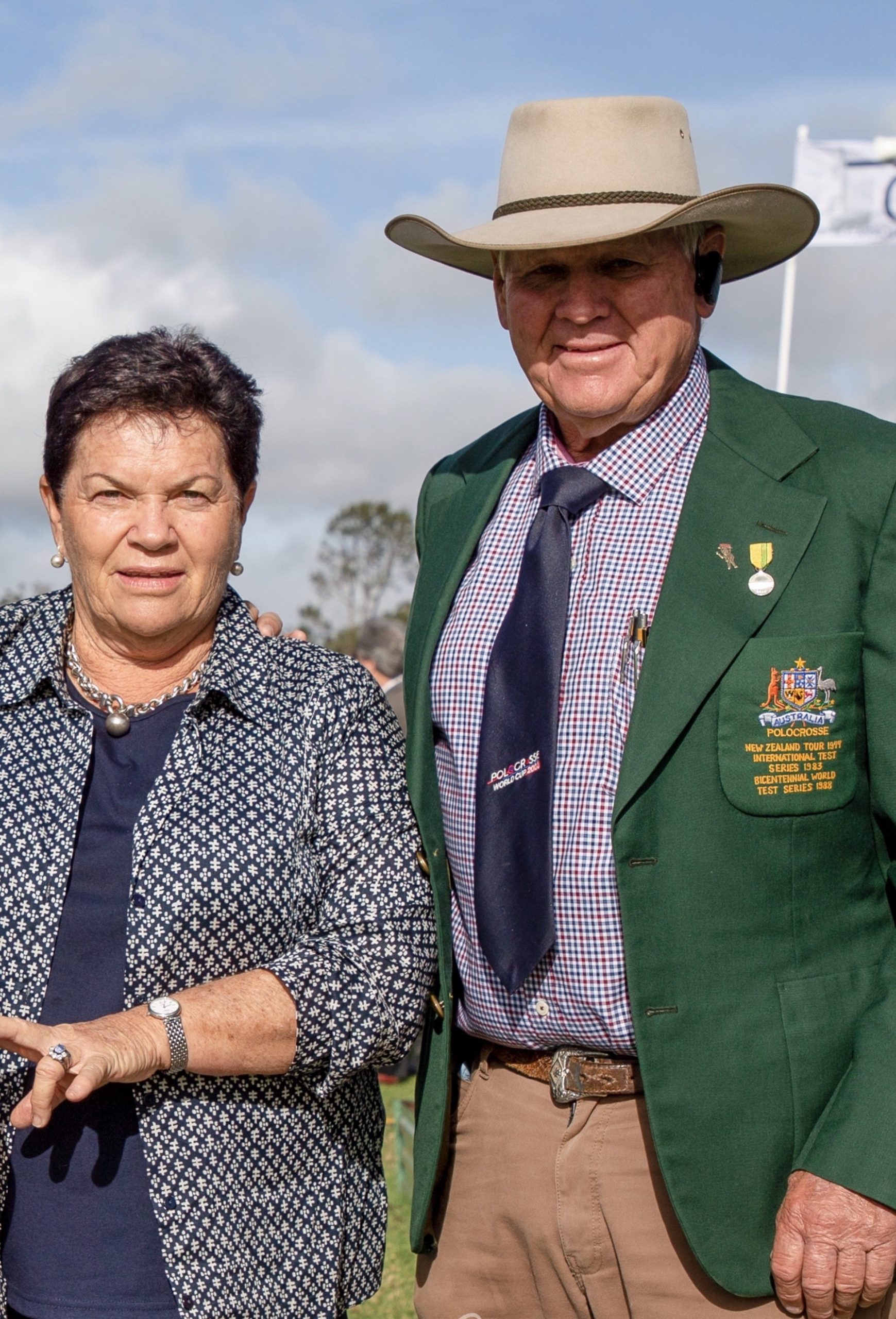